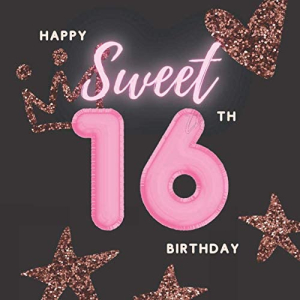 The first post was a "Welcome to My Blog" kind of post. The second post included two videos of Chen Xiaowang, one of them doing a performance that included fajin, and another was a demonstration -- a bit silly perhaps -- of rooting and grounding.

From there, I have posted on all types of issues and events as a student and teacher, and I have discussed philosophy and life. I have discussed my $5,000 offer for Qi "masters" to do their tricks on me, and I have documented some of the medical struggles you have as you grow older and try to continue as a martial artist.

By the time I launched my "online school" two years later, and as I made videos and DVDs, the blog helped me establish an audience for those efforts.

In short, the blog was a way for me to discuss martial arts from my perspective and develop a reputation. At the time I launched the blog, I not only owned a martial arts school, I was also the director of media relations for ACT, the college test company. I left ACT a year later and worked for the University of South Florida in Tampa, then returned to the Quad Cities to battle heart and lung issues, work for a couple of nonprofits, and continue studying and teaching martial arts. The blog continued.

One thing I've observed during the past 16 years is an evolving marketplace for martial arts. The MMA culture has changed traditional arts, and Covid certainly didn't do any favors for teachers trying to maintain bricks-and-mortar schools. It did help drag a lot of teachers kicking and screaming into online instruction. That is a good thing because it opens up quality instruction to a lot of people who normally wouldn't have access.

MMA culture, along with fighters like Xu Xiaodong, have helped show us some of the weaknesses in the traditional arts, the way we practice, and the number of "masters" who actually don't have any fighting skill. It has pushed the rest of us to step up our game and be more realistic about teaching.

Nowadays, I don't post on the blog as often as I did 16 years ago, but I try to make the posts mean something. I try to express the truth, and I try to educate people about what the internal arts really are -- martial arts with unique body mechanics. There is nothing mystical about them. Since the blog began, I have learned from Chen Xiaoxing, Chen Bing, Chen Ziqiang, Chen Huixian, Tina Zhang, Nabil Ranne, and I have studied some material of Byron Jacobs. My thirst for knowledge continues even as I am about to reach the age of 70 and consider scaling back just a bit on my efforts. Those thoughts will be explored during the next three months. Ironically, at age 69 I find myself studying, practicing and teaching more than ever. I love what I do.

I appreciate everyone who has read my blog in the past and especially the folks who still read it. You don't hear blogs mentioned often anymore when people talk about social media marketing -- it's all about TikTok, Instagram, Twitter and YouTube (YouTube is the King, in my opinion). But blogs are still important, and this one will continue as long as I do.  :)

In the past 16 years, I think I've become even more realistic about the internal arts and their limits. I don't put masters up on pedestals, and I do realize they make mistakes and develop sloppy habits, too. They are also prone to mistakes in their marketing (a dumb video of Chen Xiaowang with a strongman is an example, a poorly conceived attempt at a demo of grounding and rooting). But there are a lot of good people out there doing their best and going to great pain and expense to seek out and study with great teachers. Often, they become great teachers themselves, and those are the folks I talk to in my Internal Fighting Arts podcast, which launched almost eight years ago.

And now, let's bring back the first video I showed in one of my first posts 16 years ago. It shows Chen Xiaowang doing a demo at a tournament in the Washington, D.C. area back in 2003, on an evening after he taught a workshop on Laojia Yilu that I attended. Thank you for coming along for the ride and here's to another 16 years!