The Only Thing a Bully Really Understands 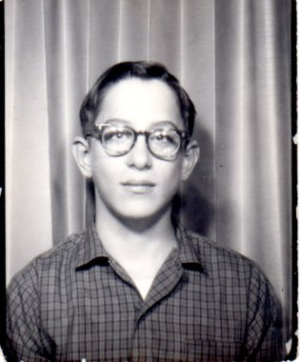 I went to Southland Christian Church in Lexington, Kentucky when I was a child. My mother made us attend on Sunday mornings, Sunday evenings and sometimes on Wednesday evening.

There was a bully in my Sunday School class when I was around 12 years old. John made my life a living hell for several weeks, calling me names and hurling insults at me in his loud voice, causing other kids to laugh at my expense. I guess I looked a little geeky. I was scrawny and wore glasses. Sometimes the glasses had tape on them.

After several weeks of taking his loud abuse and being humiliated in front of the other kids who I had grown up with, I told him to leave me alone.

"If you wanna do something about it, meet me behind Stonewall Elementary today after church," he snarled.

He laughed as if he knew something I didn't. "I'm gonna kill you," John said.

Maybe he would, but the abuse had to stop.

After church, I arrived home, changed out of the suit my mother made me wear to church, and put on some fighting clothes. I hopped on my bicycle and rode up the hill to Stonewall Elementary. Butterflies were fluttering in my stomach because John was a little bigger, densely packed, and he came off as a tough guy. I realized I might be on my way to receive a beat-down. But enough was enough, I decided.

I got to the school and rode around back behind some classrooms. Parking the bike, I climbed off and waited. In a couple of minutes John appeared on his bike.  He climbed off and the trash talk began again.

He laughed and shouted, "Oh, you are DEAD! I'm going to kill you!"

Maybe he would, I was beginning to think.

John went into the Monkey Dance, jumping and dancing and shouting threats. He bounced up and shoved me. I stepped back and regrouped.

Okay, I thought to myself, he might beat me up, but I need to do something here.

John jumped and shouted and laughed and danced and ran up to strike.

I punched him in the stomach with as good a punch as I could muster when I was 12 years old.

John fell back and onto the ground, clutching his belly.

"Owwwww! You sonofabitch!" He began crying on the ground, actual tears coming out of his eyes. "You hit me! You hit me! Don't hit me again!"

I took a step toward him because I wanted to hit him again. It kind of felt good.

"When I see you in Sunday School," I said, "Leave me alone. Stop bothering me!"

And with that, he rode off, his legs pedaling the bike as fast as he could pump them. I watched him ride away and thought, "Are you kidding? I took weeks of abuse and all it took was one punch to stop it?"

This happened in 1965. I don't remember John's last name, but I see a John on Facebook whose name rings a bell from childhood. He is from Lexington and is the kind of vicious Trump supporter who hurls the kind of insults at people who don't agree with him that you would expect from a bully.

I sometimes wonder if John learned much of a lesson from that day, but I learned a good one -- bullies pick on people who they believe won't fight back. If you do fight back, you discover the bully isn't as tough as he or she wants you to believe.

During the decades since this moment of glory, I have run into many bullies in the workplace. They insult, they make lives miserable for people in their charge, and they act innocent with their own bosses. You can't punch a bully in the workplace, but you can leave the company. I always pointed out bullying behavior to my supervisor if he or she was a bully. They didn't like it. In fact, by pointing it out, it usually causes them to double-down on their bullying because they know you can't punch them. Bully managers cause countless businesses around the nation to lose talented employees. Upper management is often clueless or lack the backbone to deal with them, or the bully knows how to make it all seem like your fault. I saw it so many times during my news and non-profit communications careers.

When my daughters were in school, and girls were beginning to learn how to bully other girls, I told Harmony and Belinda, "If a bully is mean to you at school, you have my permission to punch them. You might get in trouble at school, but you will never get in trouble at home for protecting yourself."

One day at a bus stop, Belinda was being harrassed by a group of girls. Harmony walked up and told the bullies to leave Belinda alone or she would beat them up. They left Belinda alone.

John left me alone at church after our Showdown at Stonewall. He lowered his eyes when I was around. There were no insults and no threats, and that's just the way it should be.