Home Archives Profile Subscribe
What Sean Connery and James Bond Taught Me About Fighting
Book Review: Wandering Along the Way of Okinawan Karate: Thinking About Goju-Ryu by Giles Hopkins I was on the track team in high school. My specialty was the high jump.

I was not a gifted jumper but I enjoyed pushing myself to see if I could improve, even a quarter-inch at a time. I was just shy of six feet tall, not a tall, lanky kind of athlete like the famous high-jumper Dick Fosbury.

Paul Carter was a buddy of mine in school. His father attended the track meets and always came over to watch the high jump competition. He always spoke to me and watched me compete.

I did not always win, but I enjoyed the competition. Months after our senior track season, I was talking to Paul and he mentioned his father.

"My dad really loves to watch you compete," he said. "Do you know why?"

I told him I did not know.

"Because he says even when you don't win, you are still smiling," Paul said.

Really? I did not know that I had that kind of impact on anyone.

It was an enlightening moment.

I did not enjoy losing, but I did not consider myself a loser. If you compete at anything, you run the risk of losing. If you enjoy it, does it matter?

This was 25 years before I started teaching martial arts.

My students were good, but I noticed the impact that losing had on some of them. 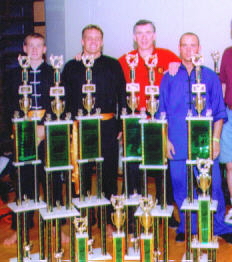 Some students could not handle losing in a tournament. Some of them quickly dropped out of martial arts if they walked away from a tournament or two without carrying a trophy.

I felt the same about martial arts tournaments as I did about the high-jump. I was not a gifted athlete, but I enjoyed the arts and I enjoyed the competition. But there is one more important thing I got out of competing.

I learned about myself. I learned how I reacted to pressure, how I responded when another black belt was trying to kick my ass.

And I learned to analyze each victory and each defeat and look for lessons. I learned to walk away with information to improve my skills.

One day, I was competing at a huge regional tournament in Dubuque, Iowa. The team of judges included mostly black belts from Karate, Taekwondo and other "external" arts. One of the judges was a woman who tended to score me lower than others.

On this day, I did a strong Xingyiquan form and I did not place. She scored me low again.

I approached her after the event and asked, "I notice you scored me low. What advice would you give me?"

She seemed surprised, but she said, "You run through your kata like a house on fire. There is no pacing."

For a moment, I reacted as most people would react. I thought, "Oh, she doesn't know what the hell she's talking about."

But I thanked her, and as I walked away, I mentally ran through my form. As I did, I realize that I had a tendency to barrel through it hard and fast, with power and speed.

She was right. There were little moments in the form when I should ease up, slow down, pause for effect -- add some "pacing."

I worked on it and I began winning more forms events after that day. 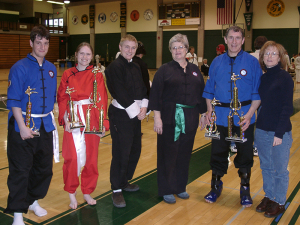 This kind of attitude can help you in every aspect of life. In 2006, I began working on an idea for a Media Relations Coach website. I was the director of media relations for ACT, the company that makes the college admissions exam. My goal was to teach media relations to other people starting out in similar jobs around the country.

In 2008, after taking a job in Tampa, Florida, the job did not work out and I suddenly found myself unemployed.

I decided to use what I had learned in my failed Media Relations Coach website attempt, and I would create a website teaching the internal arts.

Within three months, I launched www.InternalFightingArts.com, and people began signing up immediately. I am proud to say that it is still in business more than 12 years later as I write this post, and it is doing better than ever.

Losing gracefully is very easy if you use each competitive situation as a learning moment. If you win, what do you learn?

If you lose, can you use the information from that loss to propel you forward?

It is in defeat where you can mine gold, not just about your technique, but also about yourself. And from there, you can work to get better.

Go get 'em. And keep smiling.

Thank you for this posting about learning from every tournament. It seems like you learned more when you lost than when you won.