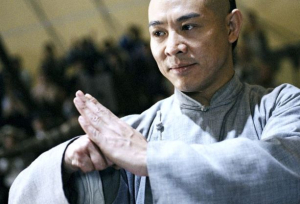 When I was growing up and got a little rowdy at the dinner table, my mother would bark, "Kenny! Mind your manners!"

I grew up in the South back in the 1950s and Sixties. We were raised to be polite and have good manners.

I have found that manners in martial arts can be a bit tricky. And depending on who you study with, you need to think from a different cultural perspective.

In a recent podcast interview, Chen Taiji instructor Nabil Ranne of Germany explained how he violated martial arts etiquette during an early conversation he had with his teacher, Chen Yu.

He asked Chen Yu how many times each day should he practice the form that some of us call Laojia Yilu but is also known as "Old Frame First Form," or "First Road."

Nabil says he responded to Chen Yu by saying something like, "But your grandfather said you should do thirty routines per day."

Later, when Nabil understood more about martial etiquette, he realized and regretted his mistake.

By responding to Chen Yu as he did, in Chinese culture he was telling Chen Yu that either Chen Yu was wrong, or that his grandfather was wrong.

Listen to the interview with Nabil by following this link.

Nabil realized, as he became more aware of Chinese customs, that this was very impolite. Chen Yu took it well, but not all Chinese masters would. Sometimes, they give Westerners some slack because they realize Westerners do not know their culture.

We have a tradition in the United States; we think we can ask anything of anyone.

If the President of the United States stood before us, our culture says you can ask him just about anything you want to ask.

I have personally interviewed Ronald Reagan, George H.W. Bush, and more than one governor and congressman. I have interviewed celebrities such as Michael J. Fox, Barry Manilow, Pete Rose and Rick Nelson, among others.

We ask about their personal lives and their public lives. That expectation, of having free speech and asking pointed questions, and also asking about discrepancies in things they have said in the past, is part of our culture.

We have to suppress this urge when we deal with Chinese masters.

Your Teacher at the Moment is Your Only Teacher

I study with two or three different teachers currently. I recently joined a Zoom class, said good morning to the teacher on gallery view, and one of the other students said, "Ken Gullette! I'm going to buy a couple of your DVDs this week!"

When I show up to someone else's class, I am a student. I am there only to learn and improve my skills. I am there to support the teacher, not to promote myself.

The teacher was very gracious and said, "Ken does good work!" But I was mortified.

I am not there to talk about my teaching or to compare what I do to what the teacher does. I am not there to discuss the differences in what this teacher shows compared to what I have learned from someone else. I am there to absorb knowledge and improve my skills.

After the class, I sent the teacher an email and apologized, and the teacher reacted very graciously.

If you are a teacher, you inevitably will have a new student who has studied other arts.

Some people call me about my membership website and they spend 15 minutes right off the bat telling me about their other arts and other teachers.

Perhaps they do this because they don't feel worthy. Perhaps they are trying to convince me that they will be a good student.

The best thing they can do, however, is just to begin studying and learn.

It is usually true that when someone begins listing all the arts they have studied, the longer the list, the more likely it is that they have no skills at all. I have seen it over and over during the past 23 years of teaching.

They don't realize how, in their first lesson with me, their minds are going to be blown.

I have had students who enroll in face-to-face classes, and in their first lesson, they go on and on about how "their" school did it. 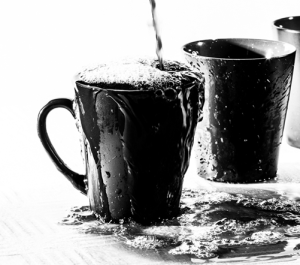 Or you will show a principle or technique, and they will talk about how "their" teacher showed it.

Sometimes, I will stop them and say, "Okay now, it's time to empty your cup."

You know that old Zen parable, don't you?

A student wanted to learn Zen and approached a Zen master. The student talked on and on about what he knew about Zen.

"What are you doing?" the student asked. "Can't you see that my cup is full?"

The master replied, 'Exactly. You must first empty your cup in order to taste MY cup of tea."

Most teachers will cut you some slack, but if you are a student, it is something you should remember.

If you tell any teacher, "But my teacher taught me to do it another way," that teacher would be forgiven if they responded with, "Well, then go study with your other teacher, because you obviously don't need what I am teaching."

Martial arts etiquette would suggest you approach your question another way.

I have studied with teachers who do movements differently than I see their teachers performing it. I don't generally ask them why they do the move differently than their teacher does, but I do try to understand what the intent of the movement is. As long as the explanation is good, and the application makes sense, differences are fine.

The beauty of the Chinese internal arts is that students very often look different than their teachers. Most people add their own artistic flair to movements as they progress and get older.

I recommend that you definitely remember two things:

Rather than talking about how your other teacher taught, just talk about the movement. Ask your question. Leave other teachers out of it.

And if you see me on another teacher's Zoom class, and you want to talk about my DVDs or website, just send me a private message or email. It will "save face" for everyone.

We all have more to learn. I have made mistakes with Chinese culture, too. I have a lot to learn about it.

But we learn and grow. As I tell my wife Nancy, who happens to be my third wife, "I only make the same mistake twice."