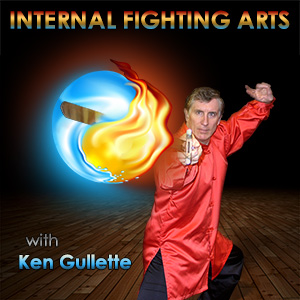 For the past year, I have sent out a training tip every Friday. Today, I sent the 52nd email.

To celebrate the one-year anniversary, I collected some of the training tips and created my first podcast episode of 2020.

It is also the first Internal Fighting Arts podcast episode that does not include an interview.

There is a theme that begins to weave its way through the training tips and it becomes obvious by the end.

Listen through this link or download the file to your computer.

The podcast is also available on Apple Podcasts, Spotify, Podbean and other podcast distributors.

If you'd like to be on my weekly training tip email list, just drop me a note at ken@internalfightingarts.com.

When I was in high school, Paul Carter's dad used to come to our track meets. I was on the team and did the high jump. Paul's dad would always say hello and talk with me a little bit. It was Lexington, Kentucky, but he grew up in the rural part of the state. He was the type of friendly Southern guy you would expect to see in Mayberry, talking with Andy Griffith.

One day Paul told me that his father enjoyed watching me high jump because, "He says whether you win or lose, you smile."

I enjoyed hearing that when I was 17. When I competed, I always wanted to do as well as I could, but I loved doing the high jump. I wasn't going to get a college track scholarship or anything. I wasn't a talented, gifted athlete, I just loved it.

A few years earlier in middle school, Coach Pieratt set out the high jump one day in gym class. None of us had ever seen it. He wanted each boy to try jumping 4 feet 10 inches. He explained to us how to jump doing the old Western Roll. The Fosbury Flop was so new, he didn't consider teaching it. He set the bar at four-ten and, one by one, each guy ran up and jumped, and knocked the bar off.

My turn came. Let's see, you run up, jump off the left leg, throw your right leg over and then, when you are above the bar, kick your left leg to help propel your body over.

It seemed difficult. No other boys could actually clear the bar.

I ran to the bar, jumped, and landed on the foam rubber on the other side.

There was a gasp in the gym. I had cleared the bar by a mile.

"Well," Coach Pieratt said, "we finally found something Gullette can do."

Instantly, the Coach put me on the team. I did the high jump for the middle school track team and then for my high school, Lafayette.

Sometimes I won first place and sometimes I didn't. In the four years that I did the high jump, I never remember leaving a meet disappointed. I loved doing it, but I didn't think of winning or losing. I knew I was just an average high-jumper, and if a "natural" showed up, I wouldn't win.

When we compete in anything, we are trained to look at it in dualistic terms. If you don't win, you lose. But I never looked at it that way. I had fun. And whether I won or not, I smiled.

It's a shame we have to ruin activities we love by getting upset over winning and losing.

In 1974, I competed in my first martial arts tournament. At first, I let the macho "kick ass" attitude take over. Winning was everything. It wasn't much fun, because I didn't win first place until 1983. In 1988, at a tournament in Lincoln, Nebraska, I was very upset when the judges ignored some very good points that I scored, and they gave the trophy to my opponent. It was not much fun.

By the time 1999 rolled around, I took a different approach. I started having fun. When someone would score on me, I would nod my head and say something like "Great kick," or "Good shot." If someone landed a good kick, I would look at the judges and say, "Yep, he got me." Or I would wobble back to my spot in a comical way, making the judges and spectators laugh.

I am not a naturally gifted martial artist, but I had fun. I won some, I lost some. But I became known for my skill AND my sportsmanship.

According to Zen philosophy, our intellect sets up duality of thinking -- right and wrong, pretty or ugly, hot and cold, good and evil, winning and losing.

We become trapped in a "this or that" mentality.

Now, in 2020, the unenlightened person thinks, "You have to be training to kill someone or you're a pussy. If you can't defend against an MMA fighter, your art is useless!"

My advice is to rise above that type of chatter. It comes from people who don't understand that once you develop self-defense skills, there are many other reasons to train.

I'm 67 years old now, and so far, I have not been attacked by an MMA fighter on the street. I doubt it's going to happen.

My favorite part of the arts is to unlock self-defense applications within the movements and to learn how to flow with a partner in creative, effective ways.

Some of the best things I have learned have happened because I "lost," when a training partner or tournament opponent landed a good shot on me.

My attitude is, "Thank you for that. I did something wrong there, and now I can learn to do better."

Invest in loss. Even in losing, we can win especially if we learn. There is no losing because if you learn, you win.

And above all, love what you do. Don't let the duality of other peoples' thinking trap your mind. The next time someone asks, "Did you win?" you should reply, "Yes. I learned how to improve."

Posted at 05:58 AM in General, Philosophy, Tournaments | Permalink | Comments (0)

Real Self-Defense Requires Fire and Fury, Not Punch and Stop 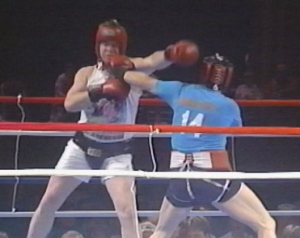 Have you ever done any point-sparring with partners or in a tournament?
You score a point and the action stops while judges decide who wins the point. Then the action resumes.
When you think about real self-defense on the street, how do you think that will go? Do you think you will just throw a punch or a kick and it will be over?
Do you think your opponent will be four or five feet away, in punching or kicking range?
Probably not. You might not even know he is going to attack until he is on top of you.
And that's why your mindset, and some of your training, needs to prepare yourself for "shock and awe."
Instead of looking at self-defense applications as this technique or that technique, part of your training really must focus on going a little crazy.
I do this on my Bob training dummy. I just start raining strikes on him, flowing as fast as I can from a punch to an elbow to a palm strike to a forearm strike to another punch.
BAM-BAM-BAM-BAM-BAM-BAM-BAM!!
It also helps when you get a live partner and pad up -- head gear, face masks, gloves, feet, chest protectors -- and go at it in a flowing but creative and UNORGANIZED way. 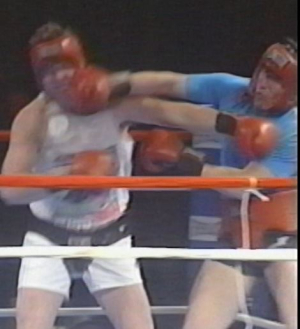 Don't stop striking. Flow around what your partner is throwing and strike him, over and over with every weapon at your disposal. Bump him. Defend and strike at the same time by taking advantage of the openings he creates when he tries to hit you.
Every time your opponent moves to strike you, he gives you an opportunity.
Too many of us think that one technique will do it, but we need to develop the mindset that our bodies will explode and rain fire and fury upon someone who intends to do us harm "on the street."
Now, I am going to be 67 years old in three weeks. I do not expect to be in a fight again in my lifetime. But it is not out of the realm of possibility. It could happen, or I could see someone being harmed and I could step in to stop it.
Make sure you don't just practice for a "one and done" situation. You should be prepared to use your art -- Taiji, Xingyi or Bagua -- in a controlled but "furious" way if the situation demands it.
But it starts with practicing the right way and having the right mindset for real self-defense.
-- by Ken Gullette
Check out my website - www.internalfightingarts.com -- and get 900 step-by-step video lessons for TWO WEEKS FREE!