The Tao of Mr. Rogers - The Secret of Being Kind and Forgiving 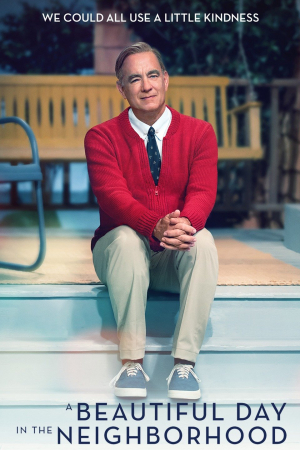 When people hurt me I get angry. You probably do, too.

There have been times when I have carried grudges. There were three bullies who were "after" me for two or three years back in middle school. Rob Brewster, Dan Cotter and Tom Prentice always seemed to be together and always wanted to pound me into the ground.

They were older than I was by at least a year.

One night, Rob sucker-punched me through a car window, so I had to have been around 16 and driving, but the bullying began long before that, when I was around 14.

One day when I was 14 or 15, I was fighting another bully after school in a field near the school. We were surrounded by boys as our fists were flying and we were wrestling and finally, exhausted, we called it a draw.

Dan decided at that moment, when I was exhausted from another fight and he was fresh, it was the right time to jump me. Bullies always try to pick a target that is weak or alone.

He hit me a few times but I would not fight. I was so tired, I knew I would lose the fight. I left with two other friends and I was in tears of anger and frustration as I walked home.

One day, I was riding my bicycle away from Turfland Mall and came to the top of a dirt hill at a construction site. Suddenly, the three bullies were right in front of me. I took off riding while they ran like hell to try to catch me. At one point, one of them was just three or four feet behind me as I pedaled like hell. I think it was Dan. Somehow, I managed to get away.

I spent two or three years looking over my shoulder when I was in middle school and the first year of high school. A friend told me that he overheard Rob laughing and bragging about how the guys would sneak up on me at school and hit me or spit on me.

When we were 18, Rob turned up without Dan or Tom to play baseball with a group of my friends. It was the first time I had ever seen him alone.

After the game, I walked up to him and asked, "Hey Robbie, you remember how you and your buddies used to hit me and spit on me?"

I punched him in the nose. Hard.

He staggered back, his eyes watering.

"Well, your friends aren't here to protect you," I said.

Pow! Another punch to the face.

Rob looked panic-stricken. On the ground, someone had put down some baseball bats. Rob bent over and picked one of them up.

"Nope," my buddy Ed McCaw said, and stepped between us. He told Rob, "This is going to be a fair fight."

Rob fled to his car and wouldn't get out. He left before too long. That's what bullies do when their target fights back.

Even after all this time, I am still interested in talking with Dan, Rob's bully-friend who became a doctor and practiced along the East Coast somewhere. He would be about 67 by now. It would be interesting to know if he ever reflected on what a bully he was as a teenager. I wonder if he was a bully to his staff when he grew up? Once a bully, always a bully, I believe.

Their other bully-friend, Tom, was not as much of a ring-leader as they were. He was simply a follower.

So I guess I don't really like it, but I carry a slight bit of anger with me 50 years later -- damage done by bullies and a desire that still persists to see justice done. And justice could simply be an apology.

At the same time, I have worked for more than four decades to remain centered and follow a more Taoist philosophy about life. Carrying this tiny seed of anger means that I have not truly reached the level that I seek? 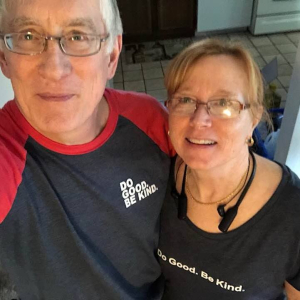 During the past couple of years. my favorite shirts have been the two baseball jerseys that have the words "Do Good. Be Kind." on the front of the shirts.

I do my best to do good, be kind to everyone I meet, and I do Zhan Zhuang as a way to calm my mind and body and remain centered.

This doesn't mean that you can't get angry. You can, but you shouldn't hold onto it. I do a good job of that most of the time. Not all, but most.

I remembered all this as my wife Nancy and I watched the film, "A Beautiful Day in the Neighborhood" yesterday. It is the story of a journalist for Esquire, a cynical guy who was assigned to do a profile of Mr. Rogers.

The film shows how Mr. Rogers' kindness had an impact on the journalist's life.

The best quote in the film, in my opinion, was when the journalist met Mr. Rogers' wife, and they discussed what it was like to live "with a saint" who was so kind to everyone he meets. 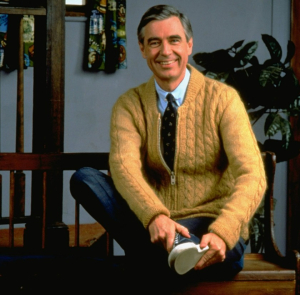 Fred Rogers seemed like to kindest man that ever lived.

But he practiced it. He worked hard at it.

There have been many people in my life who have hurt me, both in my personal life and my professional life.

I have tried to walk on, shed these poisonous people from my life and not allow them to control my mind by making me remain angry.

I can decide what I do with the anger they stirred up. I can decide not to be angry -- to let it go and live a happy life.

For the most part, I do that very well, but it is sometimes hard work -- a work in progress, you might say. Some people think that if you are into Taoist philosophy, or Zen Buddhism, that means you should never get angry. But there is a reason monks meditate for years or decades. It is hard, hard work.

It is nice to know that even Mr. Rogers had to work at it.

And so we practice Zhan Zhuang, qigong, and work to calm the mind and body, then bring that sense of calm to conflicts that arise in our lives, from the angry spouse to the micromanaging boss and even to the person who cuts you off on the highway.

Don't beat yourself up for getting angry. The point of following most philosophies is not to be perfect. That is unattainable.

The point is to reach the point when you don't let the anger linger, you recognize it and deal with it, then walk on. You control the anger, it does not control you.

Sometimes, you simply have to confront people who have hurt you and let them know how you feel. I have found that it usually starts a very satisfying discussion, even if I don't punctuate the discussion with two punches to the face. Sorry, Robbie.

This is a lesson we all need to be reminded of from time to time.

It is the Tao of Mr. Rogers.

I will remember that if I ever run into Dan Cotter again.

Remain centered, my friends. Mr. Rogers would want it that way. So let's get to work.

Nice post! We all do have moments of anger,it can be embarassing sometimes.

Beautiful. I had similar experiences as a boy growing up in a tough neighborhood in NYC. Practicing the internal Chinese martial arts has been the best thing that has ever happened to me. I still occasionally get angry but when I examine it immediately the anger dissipates and I experience a sense of relief and serenity.