Suck It Up, Buttercup: Success in Martial Arts Requires You to Be Uncomfortable

Last October, I offered a free tai chi class for people aged 40 and over. I stopped teaching older students a decade ago because I wanted to focus on the martial-oriented side of the internal arts. But we used to have a lot of fun with the older friends we made, so I started this new, free class to make new friends, have fun, and teach the Chen 19 form. Some of the students were nearly 80 years old. The oldest student was 83.

When you have practiced a form for 20 years, it seems easy. It was clear the very first night that even a beginning, short form like the Chen 19 appears like a deep, yawning abyss in front of someone who has not studied it before. The idea of actually getting through the thing seems impossible when you are learning the first movement.

As we went through the opening movement, I began coaching them through the simple stepping out and raising the arms, then dropping the energy while lowering the arms.

We practiced it a few times and then I said, "Okay, practice the opening movement on your own and I'll watch." 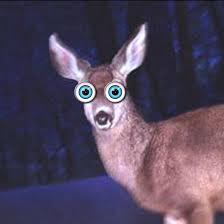 Suddenly, the entire class looked like a herd of deer in the headlights. Most of them had no idea what to do. Most of the others could not step out and then remember to raise and lower their arms.

It had been more than a decade since I had taught a group of beginners. The enormity of the task hit me like a roundhouse kick to the head, and I believe it hit them, too.

In the past 20 years of teaching, I have seen a lot of students show up for their first martial arts class, eyes shining and with eager faces, ready to discover the mysteries of self-defense and Chinese kung-fu.

I have also seen a lot of students fail to return for their second martial arts class.

There is a good reason for this. Martial arts pushes people out of their comfort zone, and when they get a glimpse of the hard work and physical and mental challenge ahead, it's far too easy to run back to an easier life.

Very few activities push you out of your comfort zone like martial arts. It isn't like running or lifting weights. With running, you simply try to run a little farther or a little faster than the last time you laced up your running shoes.

With weight-training, you add one more rep or a few extra pounds of weight.

But martial arts pushes you in more ways. If pushes you physically. Your legs are burning and exhausted, you are sweating and gasping for air, and your arms are sore and feel like they weigh a ton.

Martial arts also pushes you mentally. You are asked to learn movements that rewire your brain and make you feel uncoordinated.

Look at how uncomfortable it is to learn a new form. It can take years to learn one Tai Chi, Xingyi or Bagua form and do it well.

No Comfort for the Achiever

I have seen my teachers being corrected by teachers such as Chen Xiaowang, Chen Xiaoxing, Ren Guangyi and others, as if they are beginners. 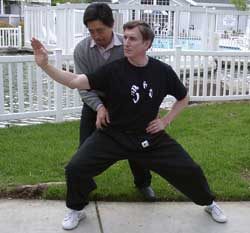 I have been corrected by those same masters, and others such as Chen Bing, Chen Ziqiang and Chen Huixian. Each of them made me feel like an uncoordinated fool. And I would collapse from the physical pain and fatigue as they made me hold stances until my legs burned and would not hold me up any longer.

It isn't easy for our egos to take such a beating.

But that's what excellence requires.

Each time I left a class feeling as if I had been humiliated, but feeling as if I had taken a baby step forward in my insight and skill, I was excited, bouncing off the doors of my car as I was driving home. Yes, it was not easy for my ego or my body to take, but the payoff was worth it.

Success in martial arts is awarded only to those who are willing to put themselves in an uncomfortable place for a long time.

Practicing the same movements year after year is too boring for many. Practicing the same body mechanics, the whole-body connection, the smooth unfolding of internal strength through the body -- the slow, step-by-step progress year by year -- it's just too much.

Darren Hardy, the former publisher of Success magazine says, "Comfort is mediocrity. Success is hard. Enjoy that fact. It eliminates the weak."

The Difference Between Successful and Unsuccessful

Hardy says that the things we have to do to be successful are the same for both successful and unsuccessful people. Both groups of people HATE doing the uncomfortable things that are required to achieve your goals.

But there is a big difference between successful and unsuccessful people.

Even though they don't want to do what is uncomfortable, successful people do it anyway.

It really is true, and it is true not just for martial arts but for any goal in your life.

As I was reaching my fifties, I adopted a tougher conditioning program as I prepared to compete and spar in tournaments. I would go 12 rounds on a heavybag -- three minutes per round with 90 seconds of rest between each round. During the first round, I would punch as fast and as many times as possible for three minutes. The second round, I would kick as fast and hard as possible.

This was very difficult. I wanted to pour a glass of wine and watch TV, but I got in shape, and continued to win sparring competitions until my mid-fifties.

Do you want to succeed at something? Do the things that most people won't do.

Chen Xiaowang practiced Laojia Yilu 10 to 20 times a day for many years. Imagine spending that much time each day practicing one form. How boring! How uncomfortable.

But what a master he became!

My class of older Tai Chi students reached the end of the Chen 19 just four nights ago, after five months of practice (with a little time off during the holidays). As we practiced the last move, the closing of the form, I turned to the few remaining and said, "See? That wasn't so bad, was it?"

I could see the recognition in their eyes that they had achieved something special.

Out of 75 people in the first class, around eight or nine remained for the end. But they now have something the others do not have.

Do you want to succeed in martial arts? Decide what you need to practice today and do it. You don't want to spend an hour practicing? Do it anyway. You are tired of working on this form? Work on it. You think you are good enough at these body mechanics? Good enough is not good enough. Drill deeper, think deeper, and break down your movement again. And again.

Your success requires a constant state of discomfort, of going farther and pushing harder than the person who simply wants life to be easy and comfortable.

As Chen Xiaowang says, "If it were easy, everyone would be master."

Try Two Weeks Free on Ken Gullette's Membership Website -- Take Years Off Your Development Time and Save Thousands of Dollars with More than 800 Step-By-Step Video Lessons -- Basic to Advanced -- in Tai Chi, Xingyi and Bagua. Check it out via this link.