Think Before You Strike -- the Legal Side of Self-Defense 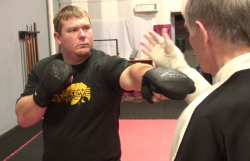 Oh, sure, you talk big. If someone threatens you or comes at you, he will get his butt kicked, right? You'll kick it for him, won't you?

We all have an image in our minds of the guy who gets attacked and we take out the attacker with a few cool techniques.

It is more likely that you will be in a bar where someone gives you some crap, you'll both do the Monkey Dance, and he will tell you he's going to kick your butt. You punch him out and he crumples like an empty suit.

In reality, that could land you in jail.

Here are some guidelines that can help you decide if the law is on your side in a case of self-defense.

Is there an imminent threat of violence?

Do you fear for your physical safety?

If someone is throwing a punch, there is no longer a question of whether you are in danger.

Is the threat of physical harm over?

Someone hits you and hurts their hand. He doubles up in pain and staggers away, clutching his hand. You walk over, punch him in the face, and he falls and strikes his head on the floor, causing serious head trauma.

Be ready to go to prison for a while. The threat of physical danger was over and you took a violent action that injured someone.

A bully pushes you and swings at you. In self-defense, you punch him in the solar plexus and he falls to the ground, the wind knocked out of him. At this point, he is no longer a threat to you. Any further action you take can land you in trouble.

Is your response proportional?

A tough guy in a bar picks up a pool stick and takes a swing at you. Reaching into your pocket, you pull out a knife and stab him.

You could be going away for a while, because it could be successfully argued that your response was deadly force, when you were not on the receiving end of deadly force.

There are a lot of scenarios that you can imagine if you are one of the people who takes advantage of concealed carry laws.

Would a reasonable person be afraid for their safety?

This is a question often asked in a court case. If a "reasonable person" were in your place, would that person have been afraid to the point of violence?

If you weigh a muscular 250 pounds, and a person weighing 140 pounds is threatening you, a jury could consider how serious a threat the smaller person presented to you in reality.

An insult or a challenge would not necessarily cause a reasonable person to fear for their safety.

Do you have the opportunity to retreat instead of using deadly force?

In many states, you have a "duty to retreat" if you can leave without harm and without using deadly force.

Self-defense laws can change from one state to another, so it is a good idea to do a little research for the state where you live or the states you visit.

Okay, perhaps you hurt somebody badly in a self-defense situation, you are charged with a crime but you are found not guilty.

That is not the end of your troubles. A civil lawsuit is always possible by the person you hurt or their family.

This is yet another reason to think very carefully before rushing into violence.

I was at a James Taylor concert around 1999 or 2000, with great second row tickets. Three guys were behind me, and one of them was drunk and singing off-key at the top of his lungs, drowning out James Taylor. People around us were seething with frustration, but everyone was afraid to speak up, except me.

I like James Taylor, but maybe not enough to lose a job over.

I finally turned to the guys, who appeared to be around 30 years old, and I said, "Hey guys, I paid good money for these tickets and I would really like to hear James Taylor sing instead of you."

One of the sober ones, a mean-looking guy, gave me the Evil Eye and said, "The three of us can take you on."

I turned to my wife and we both laughed. Actually, they probably couldn't have taken me on. But as I sat there with others in the area thanking me for speaking up, and the three guys making occasional taunts at me, I realized that the situation could potentially escalate to violence.

At that point, I realized that there was no good outcome. I could get my butt kicked by three guys, or I could hurt one or two or all of them, or we could all be arrested in mid-fight by security.

I had a vision of spending the night in jail, of a story landing in the newspaper, of losing my job and possibly being sued if I injured one of the idiots who were sitting behind me.

I decided to center myself and not react to their taunts. They stopped singing loudly and we enjoyed the concert, despite the layer of tension that existed because I didn't know what would happen when it was over. But when the concert ended, they went in one direction and my wife and I went in the other direction.

No one was injured and nobody lost their jobs.

A friend of mine was in a bar one night and a guy came charging at him. My friend punched him in the face -- hard -- and his attacker hit the floor, out like a light.

Stories like that scare me. Punching an adult in the face is serious business. Breaking their limbs is a serious act of violence. The most serious injuries don't happen when the punch is thrown -- it happens when the person falls and hits their head. What began as a simple bar fight could now be manslaughter....or worse. You could become a felon in about five seconds.

I encourage you to find your state's laws on self-defense and learn them. If you are a martial arts teacher, your students should know the law, too.

And remember, no one is ever hurt when at least one of the parties keeps his cool and defuses the situation instead of escalating it. That could be the best self-defense advice of all, and the best lesson you can teach your students. 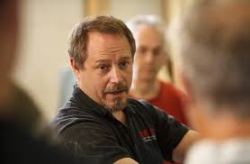 Rory Miller's book, "Meditations on Violence," slapped a lot of martial artists across the face with the cold hand of reality.

Miller is a former corrections officer who worked in "booking," where criminals are brought to be checked into the jail or prison when they are angry, still on drugs, and not always searched as well as the booking officer would want. Officers who work in booking are unarmed, and if they work at a county jail, for example, they end up getting in more fights than the entire police force combined.

As a martial artist, Miller soon realized that there is a big difference between real-world violence and what is taught as self-defense in traditional martial arts classes. 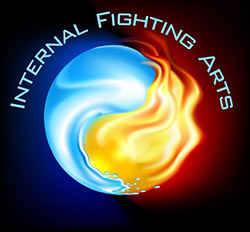 I have wanted to interview Rory Miller since I began my Internal Fighting Arts podcast. He is the guest in the latest episode.

He talks about the difference between "social" violence and predatory violence, and how you can prepare yourself for both.

Listen online or download the file by clicking this link to Audello. The podcast is also available on iTunes.

I celebrated my 64th birthday two weeks ago by attempting a 6-foot-high flying sidekick.

It was my first attempt at a flying sidekick in three years.

My first attempt ended with me on my butt, and I was so tickled that I cut this short video including some outtakes, along with photos of different attempts beginning in 1974, when I was 21 years old.

This crap doesn't get any easier as you get older, lose a lung, lose muscle mass, and go through heart failure. But one of the reasons I got into martial arts was to have fun.

Take a look and celebrate with me. Hooray for getting old!!!