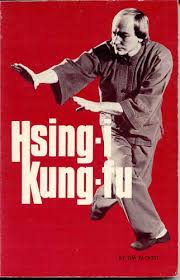 Last summer, I was looking through my martial arts library and I ran across a couple of old Hsing-I books written by Tim Tackett in the '70s and '80s.

I thought, I wonder if he is still alive. In all these decades, I never made the connection between this Tim Tackett and the one who co-authored a couple of great books on Jeet Kune Do.

So I did some Google research and realized it was the same guy as the Jeet Kune Do instructor. I sent him an email and he agreed to an interview for the Internal Fighting Arts podcast.

I've always had a lot of respect for JKD. I studied "The Tao of Jeet Kune Do" cover-to-cover back when it first came out in the original hardbound version in 1975 and tried to adapt some of the techniques and philosophies.

As I got older, attacking on recovery and between my opponent's punches (I believe in JKD that is on the "half beat") became essential to winning tournament sparring matches.

Tim Tackett began studying kung-fu while living in Taiwan in the early '60s. He was an early pioneer when most Americans 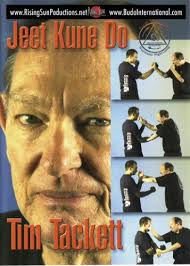 had no clue what kung-fu was about. He received his senior instructor certification from Dan Inosanto in 1973.

He co-authored a couple of great JKD books and he has written a couple on his own. At age 75, he still teaches a Wednesday night class in his garage in Redlands, California.

It is my honor to present this edition of the Internal Fighting Arts podcast, featuring an interview with Tim. Follow this link to listen online or download the file -- Tim Tackett interview on Audello.

Use this link for the Tim Tackett interview on iTunes.