Home Archives Profile Subscribe
Internal Strength Workshop January 10 in Moline, IL -- Learn About Internal Movement and Be in a DVD
The Value of a Martial Art Like Taijiquan in a World of Guns - Part 2 of Interview with Marin Spivack

How Commercial Should Taiji or an Internal Arts Instructor Be? 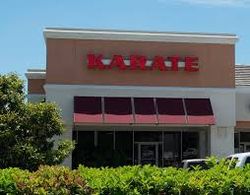 I took my 11-year old granddaughter to her Taekwondo class last night. She has been studying at a "family" TKD school affiliated with the ATA. After a little more than a year, she earned her brown belt last weekend. The classes are a little different than when I studied Taekwondo back in the Seventies.

When I took my granddaughter to class a year ago, the classes were filled with children who were just beginning to learn. They were clumsy and uncertain, as most kids are when learning a new physical skill. It was interesting to me, after being involved in martial arts for 41 years, and having owned my own school, to watch the way the TKD teachers build in a lot of non-martial activities to keep children active and motivated. They really have it down.

** Foot races up and down the floor near the beginning of class.

** 10 or 15 minutes of instruction into TKD technique.

** Instruction that is not very picky regarding perfection.

** The last 10 minutes of the class is sometimes dodgeball.

** Children say the pledge to TKD and show the teachers and fellow students respect.

** At the end of class, students get "gold" coins and praise for the good things they did in class that night.

When I observed the large numbers of students in the classes last year, I was impressed. The school was obviously booming. Kids were flocking to the classes.

But otherwise, there were troubling signs. The black belt instructors are almost universally overweight -- sometimes morbidly obese. And the technique I have seen by the black belts has often made my jaw drop, and not in a good way.

Last night, there were three or four young black belts in my granddaughter's class, and I estimated their ages between 8 and 11. When these young black belts were out on the floor, I would have guessed they were beginners if they had been out of uniform.

After the class was over (and the dodgeballs were put away), I noticed only two adults were there to attend the adult class. 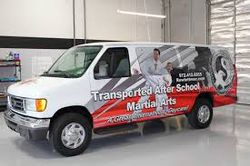 On the way home, my granddaughter told me that she expects to earn a black belt in another year, and she said a 6-year old girl was awarded a black belt last weekend.

In my Internal Fighting Arts podcast last week, my guest, Marin Spivack and I talked briefly about the commercialization of Chen Taiji. He teaches old-school Taiji, where you feel the burn and "eat bitter." It is hard. It makes you sweat. Your legs burn and shake until you collapse. But you learn proper structure and technique. You develop gongfu.

I saw no gongfu last night, so it begs the question: is it a good thing to lure large numbers of children into the martial arts and turn it into a fairly lax playtime, or is it better for the arts to take only the children who really want to learn and make them good the old-fashioned way -- with hard work and picky detail?

It is a good question, but it begs another question: Are we doing the same thing with Taiji by offering slow-motion classes for adults and seniors, or would it be better for Taiji if we only accepted the people who want to "eat bitter" and learn the gongfu?

How much do you have to simplify a martial art to make it palatable? And is it right to do so?

The story is that Yang Lu-chan had to water down his Taiji when he taught the royal family in Beijing, and that watered-down version is allegedly the art you see today practiced by the elderly in parks in China, and in Y's and fitness centers around the world.

When I began teaching Taiji, I taught Yang style and had a large class full of wonderful adults and seniors as old as 80. We became good friends and I loved them. As I changed over to Chen style, the elderly people began dropping out. As I tried to get better at Chen style, the elderly vanished. My school lost money every month, but I didn't care. I had a full-time job that more than paid the bills and an amazing wife -- Nancy -- who supported it and attended the Taiji class. But even then, my Taiji classes were not nearly as tough as the "old-school" instructors.

Should I have made it more simple to lure people in? Can you maintain high quality, rigor, and make a profit?

When I started teaching in 1997, I had a kids' class. I am pretty good with kids. I have a goofy sense of humor. I had a couple of young students and they even won trophies at a tournament. But one evening, I was coaching a 10-year old boy through a form and he began crying.

"You're always criticizing me," he blubbered.

I was shocked, and tried to explain that I was only showing him the correct way to do the movement. I was not being critical.

I stopped teaching children. I have never taught children again. I realized very quickly that this is not why I wanted to be in martial arts.

And that's why my granddaughter goes to a TKD class. That is also why I was glad to close my bricks-and-mortar school in 2007, and why I never want to own another school. Now, my "school" is simply making what I know available to anyone who wants to see it and who can learn something from it. I continue to practice and try to improve, and I have a handful of local students who practice with me. If anyone asks if they can use my online "school" for certification, I am honest and tell them that it's virtually impossible. I could simplify it, or relax my standards and sell certifications. But that's not what I want to do. 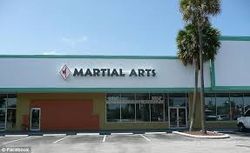 When I have visited my granddaughter's TKD class, I have heard parents grumbling about being "nickle-and-dimed" for testing fees and tournament fees. The school offers special TKD birthday parties with fun activities and even a cake (for a group fee). On Black Friday, the school opens early so you can drop your kids off and they can play while you go shopping (for a nice fee). On New Year's Eve last year they opened the school and parents could let their children stay for several hours (for a nice fee).

They are so successful, they are planning a second location.

So that is where some martial arts schools are going. Where is Taiji going in America? Where is it going in China, where even in the Chen Village, fewer than 1 in 100 students will ever develop skill? But more people in the world practice Taiji than TKD.

I love seing my granddaughter so eager to go to her TKD class. And I hope I live long enough to teach her when she turns 16 or 18, if her interest has not turned to other things by then.

Last night, as the young black belts stood and squirmed and tried to figure out how to do a spinning hook kick, I knew that most of them would become distracted in their upcoming teenage years, drop out, and never practice again, but they would always be able to boast that they have a black belt.

Most of the Chen Taiji instructors that I know have worked hard to learn the art and are dedicated. They are all still learning. They seem to be doing their best to teach a rigorous art and uphold the quality to the best of their ability. Different teachers are also at different levels of skill, with some teachers being at a higher level than others. In my opinion, as long as you are honest about your level of skill, and you are teaching someone who does not know what you know, no one should have a problem. If someone has a problem with me teaching, I tell them they can put their chi where the sun doesn't shine.

I don't hear golf pros or tennis instructors agonizing over this or debating this type of thing. Taiji instructors should realize that they deserve to be paid for their knowledge and skill, and no one should be ashamed of promoting their efforts and attracting students. Any instructor who thinks that marketing is not appropriate or dignified has a right to their opinion, no matter how dumb it is. I don't believe anyone should hide their light under a bushel. But once you attract students, what price does the art have to pay to keep the students? How much do you change the art to keep people motivated?

It's a question we all need to ask if we are teaching.

Chen TCC faces a unique challenge in that the traditional teaching is for the most part, too rigorous for the common western TJQ student (who are mostly older). I've seen a lot of teachers take the "Taiji for Health" approach, avoiding the bitter in order to retain students. This begs the question: What are you teaching for? To pass on the art-assuming you have it- to a very few dedicated students, or have a lot of students doing a watered down version that doesn't deliver the promised benefits of traditional training? A lot of people wanting "Health" Taiji can find simpler, easier forms (Sun comes to mind), and people wanting fighting skill can find any number of more clearly martial (and more easily mastered) arts. I would say Chen needs to stop being presented as "one size fits all" and retain the traditional presentation. You won't see the art growing by leaps and bounds, but so what? Quality of students trumps quantity of students any day, IMHO.

We have the same problem in our town. Every time you go in Walmart there's three or four kids around ten or so in their karate uniforms running and playing with their black belts on. I've enjoyed Chinese martial arts all my life, over 45 years, the past fifteen years I've done mostly Chen Taiji. I don't mind saying I've got a long way to go. Three years ago I took up judo on the wrong side of fifty. We practice hard at judo and practice safely. But judo being what it is, I go home after practice barely able to move. I'm working my butt off for the honor to wear a black belt and I resent the teachers and marketers who make money hand over fist with these kiddie black belt mills.