Martial Arts Phonies and Those Who Believe Them -- Part 1

The martial arts -- including, of course, the internal arts -- are strikingly similar to religion. Students, some of them very young, are exposed to an authority figure who tells them amazing things. It can be a minister, a priest, a black belt, or someone who calls himself a "master."

When the authority figure is charasmatic or mysterious, or appears extremely knowledgeable, he or she can  (a black belt, a "master," or a minister or priest) and does have a manner that invites trust. Throughout my life, I have met people in business, in my personal life, in religion and in the martial arts who I liked and trusted. I gave them the benefit of the doubt.

Over time, I learned that very often, that trust is misplaced. Especially with martial arts instructors. 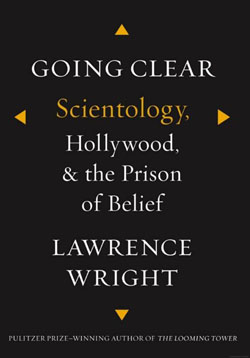 I am currently reading the book, "Going Clear: Scientology, Hollywood, & the Prison of Belief." Author Lawrence Wright discusses the early days of Scientology in the beginning chapters, and tells the story of one particular young man who was drawn in during the Seventies. Scientology was created by a charismatic science fiction writer who had a tendency to "embellish" his background and experiences. During that Seventies, there was a saying among Scientologists -- "After drugs, there's Scientology." Here is an excerpt:

"...it was true that many who were drawn to the religion had teken hallucinogens and were open to alternative realities. Recruits had a sense of boundless possibility. Mystical powers were forecast; out-of-body experiences were to be expected; fundamental secrets of the universe were to be revealed."

Does this sound familiar to anyone out there in the internal arts (other than the hallucinogens)?

The "ultimate secrets" of Scientology were in a secure building. If you were not prepared for these secrets, reading the documents could harm you or cause death.

Does this sound familiar to anyone?

When I was first studying Hsing-I Chuan in 1987, I was told that if I did the fist postures wrong, it would damage the internal organs that corresponded to each of the 5 elements -- lungs, large intestines, spleen, bladder, kidneys, etc.

The Rational Voice inside my head said, "It can't hurt you to do the fist postures, because if the truth be told, everyone does them improperly for a while as they learn, and how can exercise harm you internally?"

But I continued anyway because I liked Hsing-I.

As he was creating Mormonism, Joseph Smith -- who was only semi-literate, meaning he could read but he couldn't write -- asked a man who could write to transcribe what Smith told him to write. But as he dictated the words, Smith sat behind a curtain. He told the transcriber that if the transcriber looked behind the curtain, he would be struck dead by God.

Man, that is one strict Supreme Being, don't you think?

Smith's dictations became The Book of Mormon. And he had no trouble recruiting believers. At one point his Book of Mormon was lost or destroyed. His skeptical wife -- who some believe destroyed the original document -- told him that if he was so holy, and if he had the golden plates and the magic stones that helped him decipher the plates, he should be able to recreate the original Book of Mormon word-for-word.

This is part one of a short series on this topic, and how it has plagued so many people in the martial arts and the internal arts. It is the result of information I have learned over the past couple of decades or more, with some of it learned during the past week or two.

If someone is a Scientologist or a Mormon or a Christian or a Buddhist (or these days a Republican or Democrat), they reject information that threatens the emotional, financial, time, and physical investments they have made in their beliefs. So many of us cannot accept the fact that we were fooled.

Martial artists are the same way.

In this series, I will be naming some names and asking some questions, because it's about time we called people on their behavior. A con artist is a con artist, regardless of what he does for a living. And believe me, you can be fooled.