I got into martial arts because of Bruce Lee. I had been interested for a year or so because of the Kung Fu TV series, but in 1973, when I saw Enter the Dragon, I took the plunge and enrolled in a Shaolin school operated by Grandmaster Sin The.

We've seen several documentaries on Bruce Lee through the years. A new one is out now. I'm looking forward to seeing it. Almost 40 years later, I'm still a fan.

Butt Out! What it Means to "Tuck the Tailbone" in Tai Chi 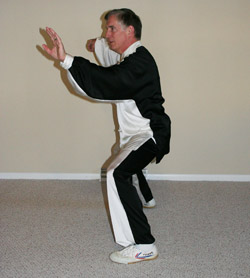 In the practice of the internal arts, you're supposed to relax the hips. Sometimes it is said that you should "tuck the tailbone."

I prefer to use a different description.

Relax the lower back.

Here are two photos. The first one shows a common posture that I see in beginning students -- the butt sticks out in postures such as Single Whip.The second photo shows a more "centered" tailbone. The lower back is relaxed. 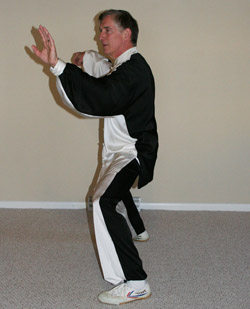 When most of us stand up, our lower backs are tense. They are concave, bowing inward toward the navel. But when you work on the body mechanics that are essential for quality internal arts (Taiji, Xingyi and Bagua) you learn to relax the lower back.

When I teach this, I have students put a hand firmly on my lower back. I stand normally. They can feel it bow inward. Then I relax and the lower back "fills up." At the same time, the hips drop down and inward. By relaxing the lower back, you are "tucking the hips," and no tension is required.

Relaxing the lower back is crucial for the opening and closing involved in movement. Bowing and unbowing the back is essential for silk-reeling and for storing and releasing in fajing.

And it's crucial for a centered stance in the internal arts.

Chen Master Jan Silberstorff in California This Week for Workshops

Jan Silberstorff is one of the few Westerners who deserves the title of Chen Taiji Master. He is from Germany and was Chen Xiaowang's first Western indoor disciple.

He is in Seattle this week at Kim Ivy's school. Here's a pdf schedule. You still have time to attend tomorrow if you're in the area.

Next week he'll do a workshop in San Diego at the Taoist Sanctuary.

I've heard that he is someone you want to experience if possible.

What Makes for a Quality DVD in Taiji, Hsing-I and Bagua? 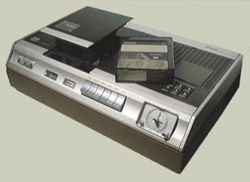 Before long, I started adding martial arts videos to my library. Wing Chun, karate, a little kung-fu -- I was ready to see it all and study it all.

By the time I began studying Chen taiji in 1998, I bought some videos by Chen Xiaowang to study his movement. And that really was all the videos were -- movements repeated at various angles with very little instruction. I got instruction from from my teachers but wanted more from the investment I made in the DVDs.

When I made my first Hsing-I video, I decided to take a different approach than most of the videos I had seen. I put real students in it, demonstrating techniques with them and coaching them through the movements. I wanted my videos and DVDs to actually instruct -- going in-depth in not just how to do the movement but the body mechanics involved and the self-defense applications.

It's rare to see internal arts videos that teach the real body mechanics of the art. The use of the ground path, peng jin, whole-body movement, opening and closing the kua, silk-reeling, rotation of the dan t'ien -- and how all of that works together for quality movement but also for powerful martial arts.

So that became my main goal with each DVD -- to drill deeper and give customers something they couldn't find anywhere else.

I have taken this approach in each of my DVDs and it works. Each time someone around the world buys one DVD, I can usually expect them to return to buy a few more, because I try to put value in each one -- information they usually don't even get from their own teachers.

Some of my favorite compliments have come from people who have studied directly from people like Chen Xiaowang, who have told me that they have learned things from my DVDs (and the online school) that they haven't learned from Grandmaster Chen.

I have plans for more DVDs this year. You can explore different DVDs on the right side of this blog. Coming up this year will be the complete 12-Animal Xingyi form, the Bagua 8 Main Palms Form, the Bagua Elk Horn Knives form, and the Chen Straight Sword form and -- with a little luck -- Laojia Yilu. All the video I shoot for my DVDs ends up on the online school -- in fact, the website has hundreds of video lessons that aren't yet on DVD -- videos that go in-depth into Tai Chi, Xingyi and Bagua.