Home Archives Profile Subscribe
How Tai Chi, Hsing-I and Bagua Techniques Overlap in Self-Defense
An Editorial -- We Need to Dispense with the Tai Chi Fantasy in the National Magazines

A Clear Connection Between Chen Tai Chi and Baguazhang 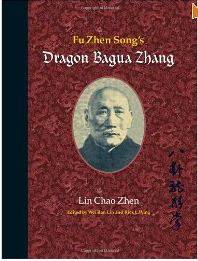 I began studying Bagua in 1988 and was introduced to Chen tai chi 10 years later, after studying Yang style for over a decade. I left Yang style when I met Jim and Angela Criscimagna, and realized after only one hour that the body mechanics of "real" internal arts are very different than what most Americans are learning.

There is a new book out called "Fu Zhen Song's Dragon Bagua Zhang," by one of Fu's disciples, Lin Chao Zhen. It offers a very honest and realistic picture of the early days of Baguazhang, and one of its great masters, Fu Zhen Song. He was born in 1872 and developed Fu style Baguazhang as he got older.

Back in the 1800s, martial arts masters were hired by other villages to come teach the art of self-defense. Tai Chi was known as a powerful martial art -- that's why it was created, not as the slow-motion exercise for "health" that its image has unfortunately become (spread by people who can't fight). Chen Yan Xi taught the villagers to defend themselves against thieves and bandits.

So here is the lineage -- Chen Wangting created tai chi. Eight generations later his descendant was Chen Yan Xi, followed by his son, Chen Fake (pronounced "fah-kuh") who was one of the greatest tai chi masters of history. Two of the most prominent Chen masters still living are Chen Xiaowang and Chen Xiaoxing, the grandsons of Chen Fake and great-grandsons of Chen Yan Xi. I have had the honor of training with both Chen Xiaowang and Chen Xiaoxing (who stayed in our home for a week when I sponsored his visa to visit the U.S. in 2006). I was introduced to the Chen family by my instructors Jim and Angela Criscimagna. They were inducted as disciples of Chen Xiaowang several years ago.

The Chen style that Fu learned starting at age 16 was unique for its spiraling movements called "silk-reeling," or san ssu chin. No one knows exactly how long he studied Chen tai chi, but it is believed to be a number of years.

After Chen Yan Xi left Fu's village, the village hired a Bagua master, Jia Qi Shan to teach in the village. Fu Zhen Song came to embrace bagua as his primary art, but he also embarked on a long and distinguished life devoted to the study of several martial arts, primarily internal arts. Eventually, he developed his own style.

It wasn't unusual for martial artists to develop their own styles in China. They would learn from a master and then go off and practice -- often combining their own artistic expression and knowledge and techniques from other martial arts. Over time, an art would be called "Yang" tai chi or "Cheng" bagua or "Fu" bagua or "Shanxi" Hsing-I. Sometimes it was named for the village or province where it was practiced. There were many similarities in the arts, but they changed over time because of the personal style of the master.

Fu was well known as a fighter. He is said to have left his village after it was attacked by a group of bandits. Fu Zhen Song stood up to them armed only with a spear, injured several and killed one of the most feared of the leaders. He fled to avoid being charged with murder (yes, even if you killed a bandit you could still get in trouble back then).

Over the years, as he moved around and spent a lot of time in Beijing, where he became friends and studied and traded techniques with famous masters such as Yang Cheng Fu (Yang tai chi) and Sun Lu Tang (Hsing-I and Sun Tai Chi), and many other masters of all styles of kung-fu.

The Chinese kung-fu arts are very interesting in the way they were created and cross-pollinated to develop a new style. Chen style was definitely a major influence on Bagua, and it has definitely influenced the way I do Bagua. In fact, when I began studying Chen taiji, I began changing my Hsing-I to reflect the same body mechanics that produce the relaxed power that are the hallmark of Chen Tai Chi. Some of the Hsing-I you see doesn't have a lot going on internally (to be honest, a lot of tai chi you see doesn't, either). In my own teaching, I've tried to express each art as its own, while making the body mechanics consistently internal.

Fu settled in the city of Guangzhou, where he died in 1953, the year I was born, just a few hours after giving the final performance to a grateful crowd in a city park.

This is an interesting book. I highly recommend it.

As I studied Chen style, it became apparent that Bagua borrowed a lot from Chen tai chi, and I've wondered about it ever since.