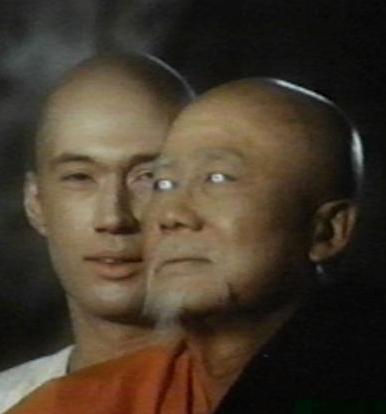 I lost an old friend on Facebook this week. We had been friends for 20 years. She kept pulling me into political discussions, even though I told her that I didn't like to argue politics with friends. She hates Democrats and Obama. I happen to like Obama and I'm willing to give him a good chance at succeeding. I haven't agreed with everything he has done, but I've been giving him the benefit of the doubt early in his presidency, and I've been very impressed so far.

My old friend's messages and posts were extremely harsh -- one of those Republicans who can't see anything good about the other side and is very vocal about it. Ironically, some posts were very religious. She also wrote an online editorial accusing the press of being in love with Obama that used words like "slimy" and "national disgrace," then complained when people were critical. When I told her that she couldn't slap people with words like "slimy" without expecting them to respond in a negative way, she unfriended me.

What does this have to do with the Kung-Fu TV show?

My wife and I were devastated when we heard the news that David Carradine died this week. Nancy and I didn't know each other back when the Kung-Fu TV show as on the air. I was in college and living in Lexington, Kentucky. She was 5 years younger, living in the Quad Cities.

Last night, we watched a Kung-Fu episode that first aired on January 25, 1973--one day after I turned 20 years old, and 8 months before I was to take my first kung-fu lesson after being inspired by David Carradine and Bruce Lee. On January 25, Bruce Lee had not yet made his big splash in America. That was still a few months away. David Carradine was all we had.

The episode was about revenge. In one of the flashbacks, young Caine was talking to Master Po and asking if he should seek revenge against another student. Master Po said, "Seek justice and forgiveness. And kindness. Always kindness."

It struck me about how little justice or kindness there is in our political discussion these days. You're either on one side or another (usually) and nothing will change your opinion. No facts to the contrary will cause you to change your point of view. It's very dishonest, but that's the way Americans are these days. How much kindness do you hear on the Rush Limbaugh program? When it comes to the "other side," you hear precious little.

The truth is, we've become so intolerant of other political or religious views that we can't see when the other side is right and we're wrong. There is only justice if "our side" wins. There are no shades of gray in our black-and-white world, and we all suffer for it. Tolerance for other viewpoints is harder and harder to find.

I grew up in the South in the Fifties and Sixties. I was raised to think that bigotry was okay. I changed my attitudes after going to college and as I got older, I began to realize that other views were okay. I was a Republican for a long time and then found that I had grown more tolerant and accepting of people who were different. When Pat Buchanan got up at the 1992 GOP Convention and blasted everyone who was different, and when folks like Pat Robertson (who talks to God, by the way) became more active in the party, I had to leave it. In the years since, the stranglehold of people like them (and Frist and Newt and Boehner) has only served to separate their party from people who prefer a bit more kindness and tolerance in their politics.

And they don't get it. Ironically, these same people claim to have a copyright on "Christian values."

Look at the issue of water-boarding. There is evidence that torture doesn't work. There is evidence that kindness works instead, by letting the enemy see that we're not the devils he was led to believe we are. And yet, the party of Christian values wants to torture. What would Jesus say? In my opinion, Jesus would side with Master Po.

The closing of the American mind is a terrible thing to witness. It has happened before our very eyes. I would urge everyone--before you engage in another political debate with your friends--to heed Master Po's words. Everyone has a point of view. Sometimes they are right, and yes, sometimes they are very wrong. Unless you can step back and allow new information to--at times--change your opinion, you are probably part of the problem. And if your opinions are completely on one side or the other, you have violated one of the principles of the universe, and you should seek balance.

I just unfriended a guy who proudly displayed a bumper sticker that basically called Democrats "stupid."

It's one thing to disagree with someone. It's another to insult them.

The interesting thing about this guy is that he has a business helping martial arts schools with marketing. You'd think someone who's trying to sell himself and his services would try to be more respectful other others' opinions, even the ones with which he disagreed.

That seems pretty stupid to me.

I agree. I was studying with a marketing guru -- he's a multi-millionaire who is extremely right-wing and in one of his newsletters, he had a big headline -- "You'll Make So Much Money the Liberals will Want to Take it Away."

I thought, well heck, I'm a liberal-leaning person and I want everyone to be rich. I certainly wouldn't want someone who had worked hard and gotten rich to be penalized.

And then I thought, "What sort of marketing expert alienates a big chunk of his audience with a stupid line like that?"

The answer -- "A rich one who doesn't care anymore."

Why do you have to be civil to someone when you're completely convinced you're right, and the other guy is wrong? :)

Personally, I just think that some of the rhetoric has just completely gotten out of hand. Been watching what's been said about Supreme Court Nominee Sotomayor... some of the talking heads have just gotta get a grip on their inflammatory language. I know they've got an audience they have to pander to... but they're just not helping.

Goals determine what you are going to be.—Julius Erving
All human wisdom is summed up in two words ?C wait and hope.—Alexandre Dumas Pére